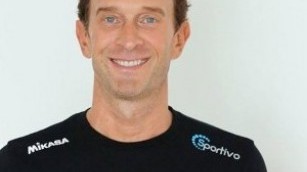 Right from an early age, when I admired the great champions I had a dream to meet them, to understand their real sportive values, to come to know what they were doing to distinguish themselves in their categories, to try to imitate them, to follow their example, to take from them everything positive and apply it to my own life. Now, that I’m an adult, I ‘m glad to have an opportunity to communicate these values to youngsters that want to practice sport, I think this is our duty, because we have to set an example for all those young people that see in us a person that reached a target and managed to do something particular in our sport!!! That’s why I accepted an offer to be part of Save the Dream!

He was elected best player of the 1994 World Championship and 1995 European Championship, and in 2001, the FIVB declared him to be the “Volleyball Player of the Century”.

In 2004, he played some competitions in Qatar and after a spell in Greece and Olympiakos SC, he returned to play in Italy in 2005. He was declared MVP of the first match in his new Italian club career. In his later career he played for a B1 series (Italy’s third category) near his native Trento. During the 2010/2011 season, he took over the head coach position of the Polish club Jastrzębski Węgiel, and was able to reach 4th spot in the CEV Champions League.