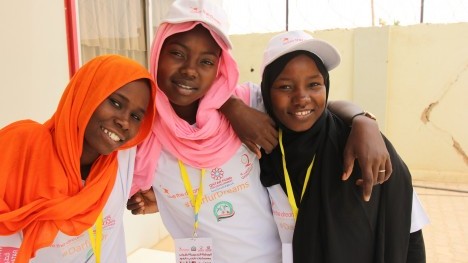 A high-level delegation group representing the partners of Sport for Peace and Development Initiative has recently concluded the first round of activities aimed at empowering young internally displaced people (IDPs) in Al Fasher, the capital city of North Darfur.

The humanitarian initiative signed in Doha last June between the International Centre for Sports Security (ICSS)’s Save the Dream, Qatar Fund for Development (QFFD) and Qatar Charity (QC). It aims at promoting peace and development through sport and the first phase of the project launch in Al Fasher saw a number of workshops, sport festivals and other activities attended by the young Internally Displaced People. 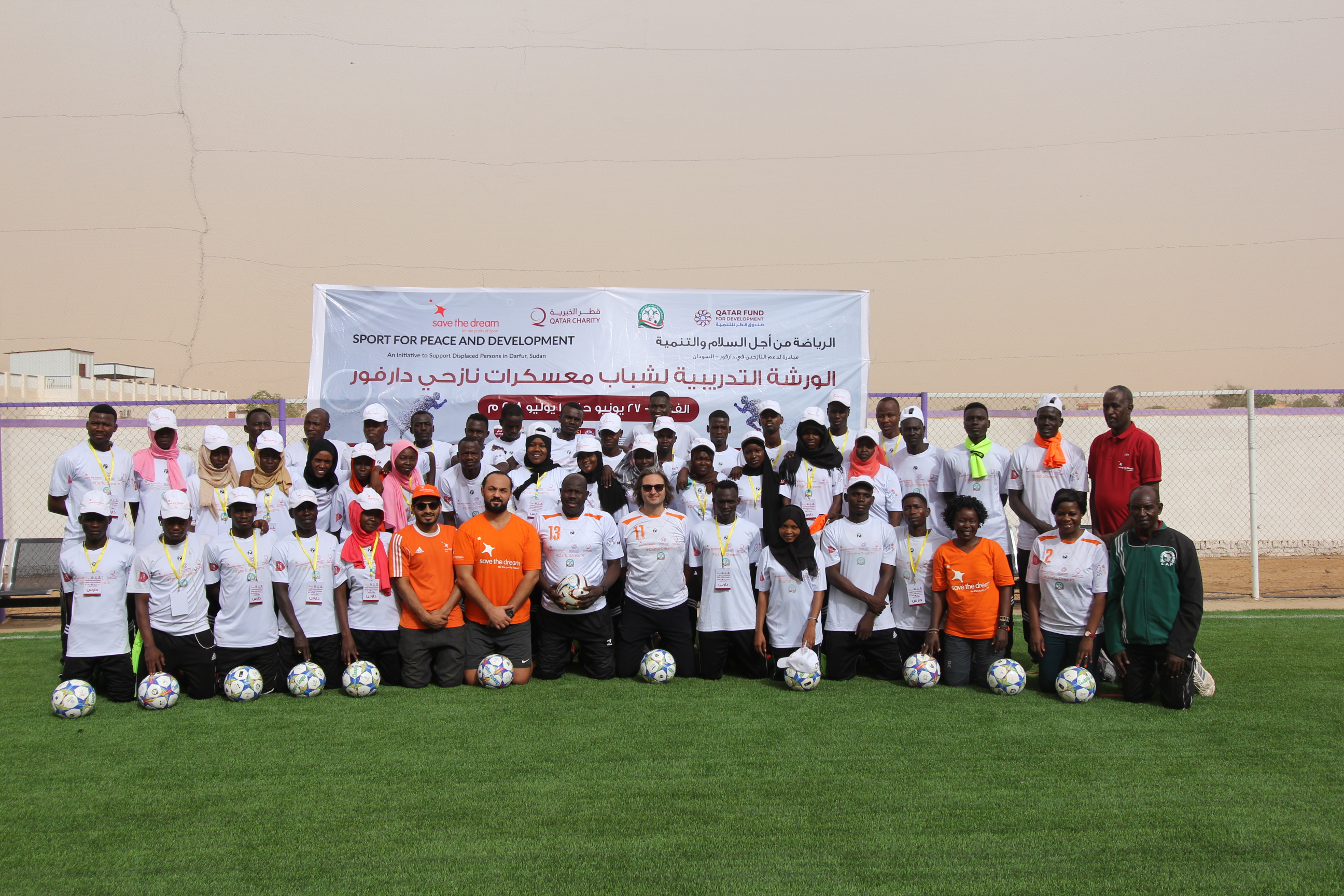 The initiative reaffirms Qatar’s ongoing efforts in the field of conflict resolution and peacebuilding around the world and highlights its role to enhance the peacekeeping process in line with the Doha Document for Peace in Darfur (DDPD).

H.E. Hasabo Mohammed Abdul Rahman, Vice-President of the Republic of Sudan, H.E. Sheikha Hessa bint Khalifa Al Thani, Special Envoy of the Arab League Secretary-General for Humanitarian Affairs, Mr. Rumi Al-Nuaimi the Third Secretary of the Embassy of the State of Qatar in Sudan, along with a delegation from QC and the ICSS attended the launch of the project followed by the sport festivals and activities in Al Fasher.

A number of world-class coaches and former world champion athletes took part in the project activities to promote the spirit of sport among the young leaders to teach development through teamwork.

The first round of activities in Al Fashir included the organization of Save the Dream Festival held in Al Fashir Stadium and brought together more than 23,000 people amid a wide local, regional and international participation.

H.E. Hasabo Mohammed Abdul Rahman, Vice-President of the Republic of Sudan, H.E. Sheikha Hessa bint Khalifa Al Thani, Special Envoy of the Arab League Secretary-General for Humanitarian Affairs, Mr. Rumi Al-Nuaimi, the Third Secretary of Embassy of Qatar in Sudan, and the Governors and Ministers of Youth and Sports of Darfur regions have attended the event.

The festival comprised a number of sport, traditional and cultural activities; including friendly matches between IDP Team vs Celebrity Team, along with a cultural show by IDPs of various camps in Al Fasher.

During the closing ceremony, the young participants of the Training Workshop received trophies, medals, Certificates of Participation and sport material including footballs, shoes, jerseys and training tools.

Addressing the event, the Sudanese Vice-President has praised the role played by the State of Qatar and its leadership in maintaining peace and security in Darfur and enhancing regional stability.

He stressed his country’s commitment to providing the necessary support to boost Darfur’s recovery process and comprehensive development, noting that the “Sport for Peace and Development Initiative” would serve as a unique global platform for peace in the region.

She also hailed the values of the “Sport for Peace and Development Initiative’, thanking all partners who believe that a dream always begins with an idea and hope, paving the way for its achievement.

‘All partners have proven that sport is an important means to reach peace,’ she said, calling for further international support for this initiative.

The QFFD stressed that this initiative comes within the framework of the State of Qatar’s ongoing efforts to bring world peace and conflict resolution.

It also reflects Qatar’s role in achieving peace in Darfur through sport as a means to alleviate young people’s daily suffering, while playing a fundamental role in making positive change in their lives in line with the initiative‘s goals aimed at achieving ​​peaceful coexistence and peace.

Qatar Charity announced that through the Darfur development initiatives funded by QFFD, 40 five-a-side playgrounds worth USD 1,700,000will be constructed in the Five States within the second phase of Service Complexes Program for the overall development of Darfur region and to encourage the voluntary returning of the IDPs.

This came in the spirit of QFFD’s belief in the importance of sport in achieving development and peace in Darfur.

The first round of activities also included training workshops for more than 50 IDPs (35 young men and 15 young women) on ‘Sport for Development’ and ‘Skills to be Agents of Change,’ which featured a series of interactive activities designed to strengthen their capabilities and skills in the fields of capacity building, community engagement and social and cultural inclusion.

In the span of 60 hours of training programme, participants learned from the Save the Dream team; international coaches, and former world champions, who conducted the workshops, about sport values, strategic planning, organising events and sport tournaments, conflict resolution, project development, proposal writing and other skills and tools to be ‘Agents of Change’.

The workshops aim to empower the participants, who will coach in the future 20,000 camp residence particularly young people and children through various social and sport programs.