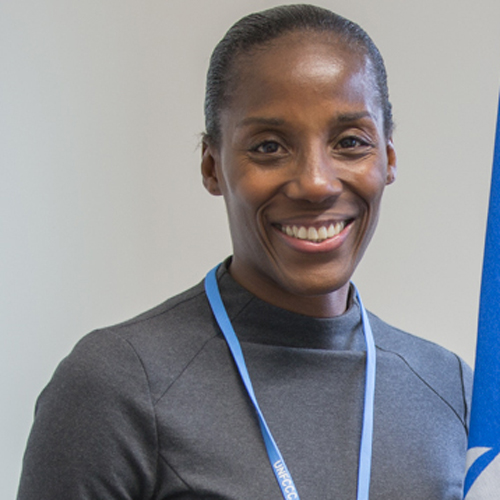 Fiona May, born on 12 December 1969 in Slough, England, is a retired Italian champion long jumper who holds 11 medals, including 3 world championship titles, and 2 Olympic silver medals. Her personal best jump was 7.11 meters, which was her silver medal result at the 1998 European Championships.

She also competed briefly in triple jump, and her career best of 14.65 meters from 1998 was good enough to place fifth in the world that season. May originally competed for Great Britain, but married Gianni Lapichino and became an Italian citizen in 1994. Lapichino, a former pole vaulter whose best achievements were a fifth and sixth place at the European Indoor Championships in 1992 and 1994, was her coach as well.

From 2013 to 2017, she was a member of the Italian Olympic Committee as an athlete representative. In 2014 the president of the Italian Football Federation appointed her as head of the federation’s integration commission. She is also head of delegation of the Italian women’s Under-19 team. She has been a member of the board of trustees of the UEFA Foundation for Children since 24 May 2017.