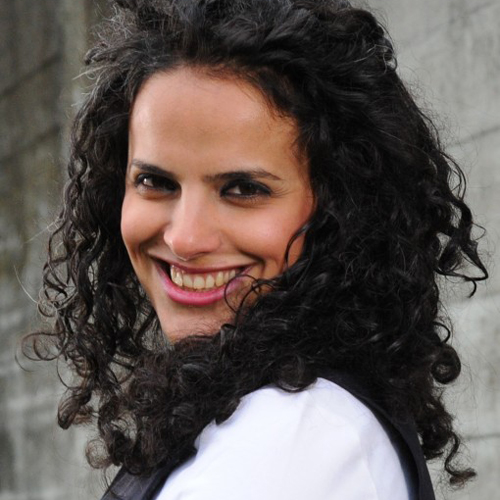 Football has changed my life and now it is my turn to change people’s lives through football. Through Save the Dream, I am sure we can inspire many youngsters, children and many others to achieve their own dreams.

Most football fans in the Arab world would struggle to name the captain of Palestine’s men’s football team, but ask them who led the country’s first-ever women’s team and they would roar out her name in unified pride. Honey Thaljieh grew up in Bethlehem, Palestine where football was not a considered a sport for females. Even while confined by a physical wall, Honey Thaljieh has broken through the barriers of political oppression, social and cultural challenges to become a poignant voice for empowerment and equality through sport. As the co-founder of women’s football in Palestine, the first captain of the Palestinian national football team, the first woman in the Middle East to obtain a FIFA Master and to be employed by FIFA (Fédération International de Football Association), Honey is a role model to women and girls throughout the Arab world and an inspiration to all who dream to live life abundantly.

Following a series of career-ending knee injuries, Honey redirected her focus to using her celebrity status to empower the next generation. Through her extensive network of partnerships, she has created, developed and maintained sport initiatives for thousands of boys and girls throughout the West Bank and the Gaza Strip. Honey’s impact in Palestine continues as a member of the Supreme Council of Youth and Sport. Honey currently serves as a Manager of Corporate Communications for FIFA, which provides support to more than 400 projects in 79 nations in the areas of education and health, gender equality, life skills and peace initiatives through sport. Honey is also recognized as a Champion of Peace by the organization Peace and Sport, headquartered in Monaco. She has been sought after to present for prestigious international organizations, including the United Nations and UNESCO, among others.

Honey did not allow political occupation, injuries, military checkpoints or societal norms to dictate her future. Instead, she developed her skill with a focused determination to reach the stars. Today, Honey is evidence that insurmountable circumstances are merely a gateway for those whose dreams have no boundaries and who relentlessly pursue their destiny. Beneath her trademark smile, the weight of Honey’s message is palpable. “In Palestine, football is a platform and a voice to communicate a different story to the rest of the world; a story not about death and misery but a story of endurance, team work, enjoyment, and a celebration of life. I hope for peace and justice, nothing more. I want to see Palestinians treated as equals.”