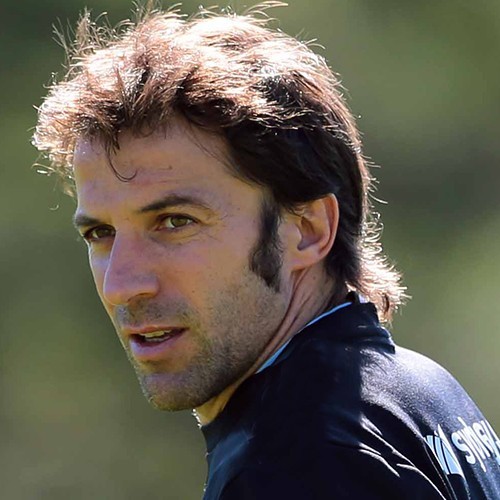 To protect and uphold the values of sport and to teach them to the young generation: it’s real hard to find a better reason to take to the pitch. That’s why I’ve decided to become a part of Save The Dream team, and I’m honored to be its captain. It’s vitally important to give children who have just started practicing sport, an opportunity to follow their dream. We should never let our guard down, warding off any attempt of those who try to violate the integrity of real values. That’s why playing this match with this great team is worth a lot.

Alessandro Del Piero joined Juventus Football Club in 1993, and has since obtained all the accolades of the beautiful game. Spending nineteen seasons of his career at Juve, he is the record-holder for appearances (705) and goals (289), and is known worldwide for his creative, attractive brand of football, and stunning free kicks. He has won 18 trophies with Juventus, including eight “scudetti” Serie A Championships on the field, one UEFA Champions League, one Intercontinental Cup with his decisive goal in the final in Tokyo. During FIFA World Cup 2006 he became world champion, scoring a goal in the semifinals and kicking one of the five penalties that gave the title to Italy, and he moved to Sydney FC in 2012 was seen Australia-wide as the A-League’s first truly world class player.

In 2014 he was named the first global ambassador for Asian Cup that will take place in Australia in 2015. At the same time he was chosen to become the ambassador for a new Indian Super league that is extremely important for the re-launch and diffusion of football in this country. At the present time, he plays in Delhi Dynamos FC.

He has scored in total 343 goals up to now and continues to update the record.