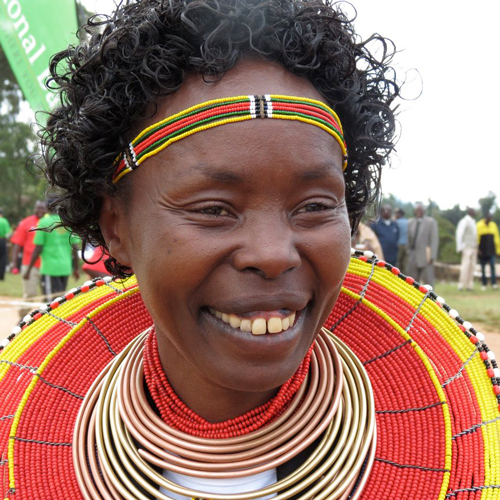 I am honoured to become Save the Dream Ambassador. Together we can become role model for our kids, youth and also their parents through various projects. When a mother sees how happy the kids are when doing sport they also support our cause by encouraging the others to join. I don’t get tired when I help someone to make a difference.

Tegla Chepkite Loroupe is a Kenyan long-distance track and road runner. She is also a global spokeswoman for peace, women’s rights and education. Loroupe holds the world records for 20, 25 and 30 kilometres and previously held the world marathon record. She is the three-time World Half-Marathon champion. Loroupe was also the first woman from Africa to win the New York City Marathon, which she has won twice. She has won marathons in London, Boston, Rotterdam, Hong Kong, Berlin and Rome.

In 2016, she was the person organising the Refugee Team for the 2016 Summer Olympics in Rio.

The IOC recognised six women, five from each continent and one to represent the world, for their achievements and their work to promote women’s sport. Loroupe was awarded the world trophy.

Tegla Loroupe has been honoured as the 2016 UN Person of the Year in Kenya at a UN Staff Day commemoration event. Tegla had been nominated by the UN Refugee Agency for using her athletic prowess to promote peace-building in conflict zones and for her leadership in ensuring refugee participation in the 2016 Olympic Games for the first time in history.