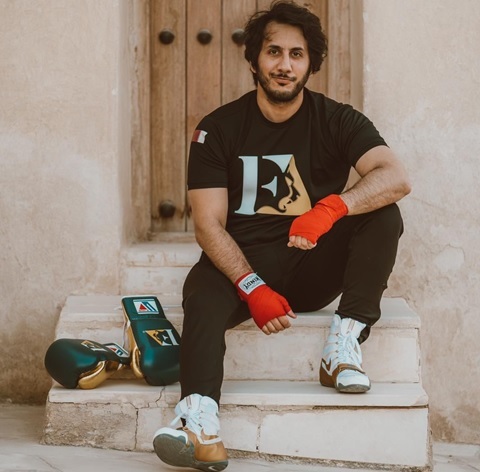 Today Save the Dream announced the appointment of Sheikh Fahad Khalid Al Thani as its newest athlete ambassador. Sheikh Al Thani is the first professional boxer to join the team of the initiative’s ambassadors. Sheikh Al Thani’s appointment will see Qatar’s very own professional boxer join a team of high-profile professional athletes and champions from different sports and regions around the world led by the legendary football player and world champion, Alessandro Del Piero. Al Thani’s appointment will also see him participate in a range of global outreach and youth empowerment programmes aimed at promoting the values of sport.

Sheikh Fahad Al Thani started boxing at the age of 16, after trying out different martial arts like Taekwondo and Kung Fu. He represented Qatar National Boxing Team on various occasions from 2010 – 2014.
He turned professional in 2016 and had his Pro Debut in Croatia. Currently Sheikh Fahad is the only professional boxer from Qatar.

“Since my debut, I have always strived to transform public perception of boxing and raise awareness about this sport among the youth here with hopes that Qatar could become the hub for professional boxing in the region. I am proud to continue my journey with Save the Dream as its Ambassador and wish to use this role and platform to promote the values of boxing such as hard work, discipline, and respect. Hopefully, I will be able to inspire and motivate youth to always dream big and go after their dreams,” said Sheikh Fahad Al Thani.

Speaking about the appointment, Massimiliano Montanari, Chief Executive Officer of the ICSS, said, “There are many important lessons that can be learned from boxing. It is not a coincidence that some of the most inspirational civil rights activists were also boxing champions, such as Mohammed Ali, to mention the greatest, or enlightened political leaders like Nelson Mandela, who loved and practiced this sport. Therefore, I would like to warmly welcome Sheikh Fahad to Save the Dream, as our athlete ambassador, thanking him and trusting that his involvement will be crucial in spreading the inspirational values transferred through boxing to empower and motivate youth.”